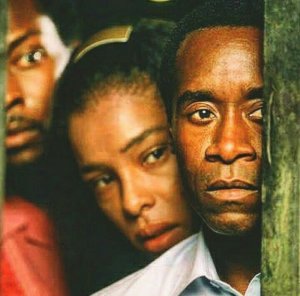 “These radio men and their chatter, putting unnecessary fear in people .”

I mutter to myself as I clear the dishes from yesternight, Geo left in the parlor. This is the second time he would be doing it this week and I bite my tongue to keep from lashing out. Instead, I say,

“Are you planning to stand up from that couch anytime soon? We’ll be late for mass”

He grunts and stands up.

“I don’t feel good about it”

That has been his reply the past week.

Do you want to eat? I don’t feel good about it.

How about TV? I don’t feel good about it.

And the day he lost his job, that was the first thing he said to me as I stood arms akimbo at the kitchen door waiting for an explanation.

You will not be my problem today, this man.

He is at the doorway leading to the room, paused in thought.

“Nothing. I am going to church, Geo. You can sit here pitying yourself if you want. “

I knot my scarf tight to my head. Twice.

He is not saying anything, something Is on his mind, but I can’t be bothered.

His voice is barely a whisper, patronizing.

These people means the herdsmen roaming about the village for the past months. You see the man I married, he is scared of everything, even cows and men with sticks. It’s appalling.

“I was at the square the last time the President visited. He said we should accommodate them, don’t be silly. Plus, it’s almost 5am. They’re probably not awake. Is that why you won’t go to church? “

“I don’t feel good about it”

With that, he was gone. The sounds of the television from the inner room were soon to rent the air.

I love my wife, Gom.

That is the first thing I’m going to say, but she is too stubborn for her own good. Funny, how it’s this same fire that attracted me to her in the first place.

1994 in the city of Lagos, when Lagos was Lagos and I was an up and coming banker. She was standing in line at the teller, when the man we used to call “chief” walked in, all the way to the front of the line. Everyone gave him space, of course but not my Gom.

She was stubborn, relentless and asked chief who he thought he was to cut the queue like that.

“If they don’t attend to Me and all these people here first, then there will be trouble today. I will show all of you”

Oh, she did show us, alright. A silent one man protest of the large divide existing between the rich and the poor.

She kept chanting that this was a new and independent Nigeria where all men were equal.

It failed woefully, of course. We needed chief and his money.

She was bundled out by security for constituting nuisance.

The memory stuck, however and I made a mental note to talk to her the next time she came around.

I moved to Benue in 2016 after I lost my job and she came with me, pregnant with our child, the one we lost last year during the stampede when the herdsmen first attacked our village.

I was angry, at A lot of things. First at her, for saying it’s the will of God. Then, at the president for his nonchalance.

“Accommodate your Brothers and sisters for God’s sake “

I mean, who says that?

No, I’m more angry at our governor for Being a sell out.

When I would go talk to Father Tand in the evenings, he would suggest we protect ourselves instead of waiting for a failed system.

But We didn’t have guns.

And lost some more, in the farms, in the schools.

Then We prayed harder.

The world moved on and forgot about us.

And when I heard the first shot go, I said the hail mary.

The guns kept going and people were waking up from their sleep, scampering outside half – dressed. The goats and chickens were running amok in the village.

I reached for my cutlass under the bed and headed towards the sound.

It was coming from the church and as I approached, my stomach sank. The herdsmen were gone, and in their wake, dozens of bodies macheted to death.

The people from the village had come running too, screaming the names of their loved ones who had gone for morning mass. It was futile, even Father Tand was dead.

At the mortuary, they said Gom was with child. Our child, the one we lost during the Benue massacre. I wish she had listened to me. My stubborn Gom Gom with the fire.

The sound that came from me was not a scream, or a groan. It was pure, undiluted pain and it was not human.

At the town hall meeting during the week, they said the people on Facebook were talking about it. They said bloggers were writing about it. Still, nobody was actually saying anything.

Half the country did not still know something happened in Benue and the president was busy with the youths, trying to cure their laziness, and not a word was said to us.

The man on the radio was right.

Hotel Nigeria was here, and no one was doing anything about it. 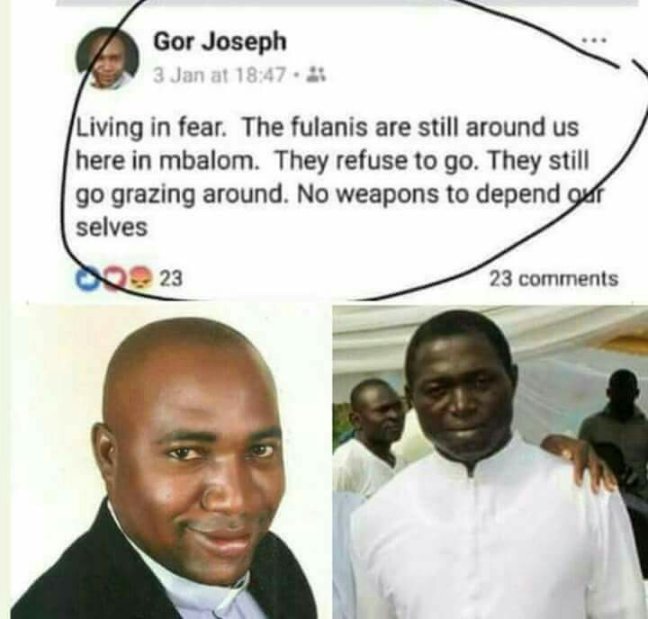